My First Yeast Infection—It Was No Big Deal!

What is a vaginal yeast infection and what causes it?

So, if yeast infections are triggered by overgrowth of yeast, what causes it? Basically it happens because either there’s too much food for the yeast (like hormones) or the good bacteria keeping the yeast levels in check has been wiped out. Here are some possible yeast infection causes:

Too much food for yeast to grow…

Not enough bacteria to keep yeast in check…

Be sure it’s a vaginal yeast infection

It’s really important to make sure it’s a vaginal yeast infection—and not something else—based on the symptoms I talked about above. If you have other symptoms, it could be something else. Vaginal yeast infections do NOT cause foul-smelling vaginal discharge, fever, chills, lower abdominal, back or shoulder pain, or a missed period. These could be signs of bacterial vaginosis (BV), a sexually transmitted disease (STD) or a tubal pregnancy. If you have these symptoms, be sure to call your doctor right away.

Another way to help determine whether or not it’s a yeast infection, is a simple test you can use at home. The Vaginal Health Test from MONISTAT® is the same test used in doctor’s offices, and is super easy to use. 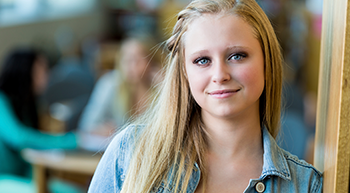 MONISTAT® comes in 3 doses: highest dose MONISTAT® 1, regular strength MONISTAT® 3, and low dose MONISTAT® 7. Regardless of which product you choose, you should begin to experience some symptom relief after 3 days and complete relief in 7 days.